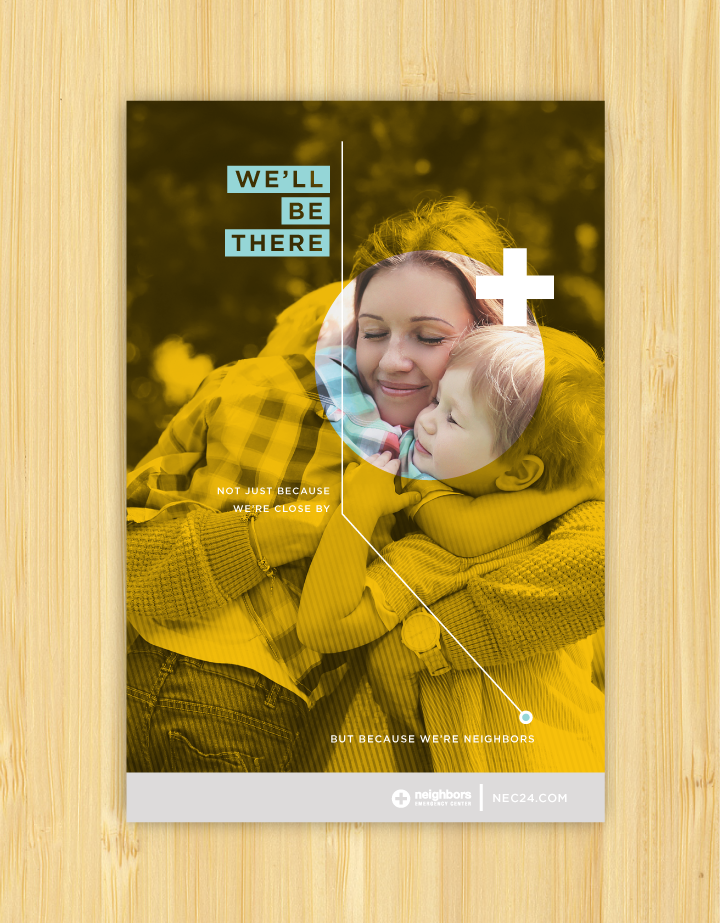 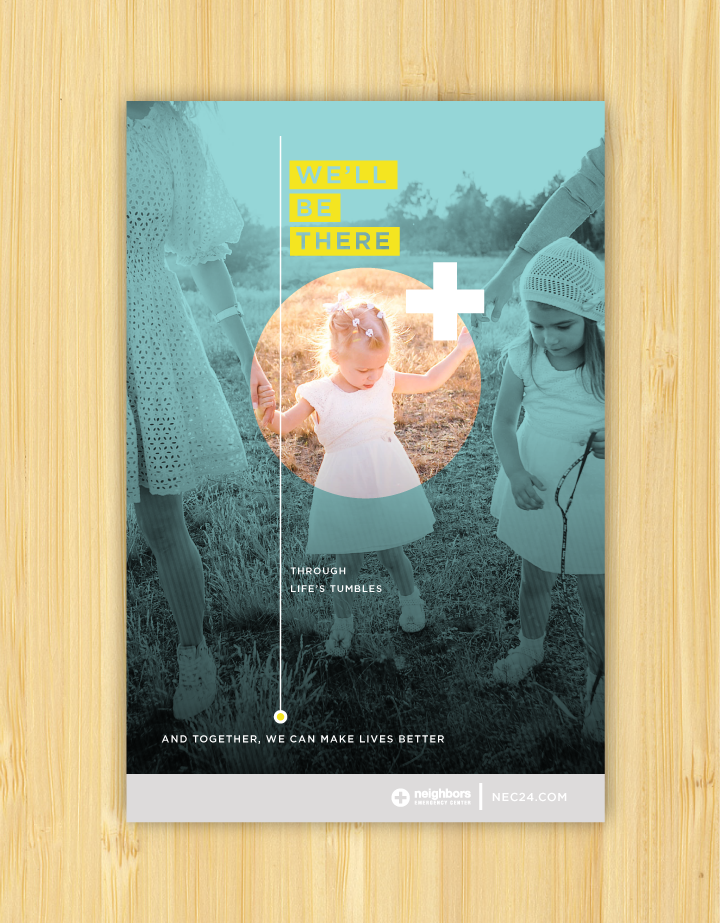 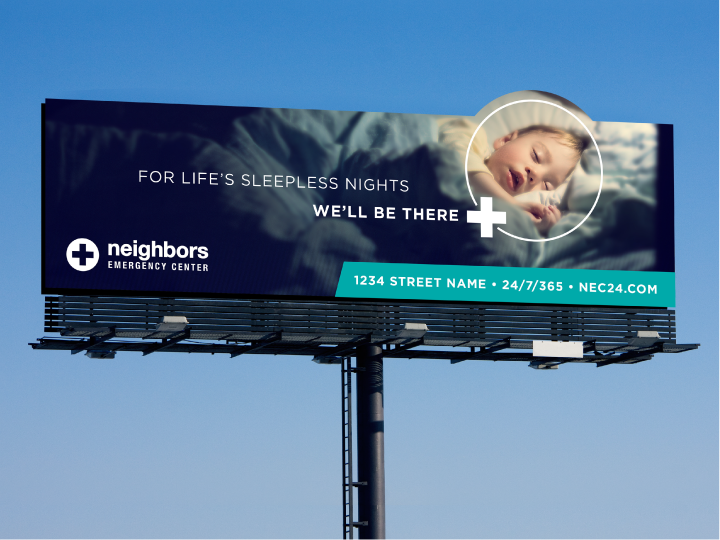 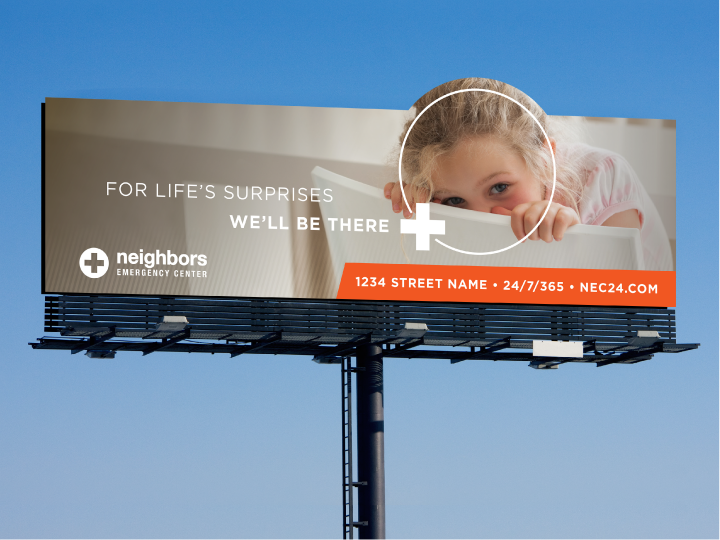 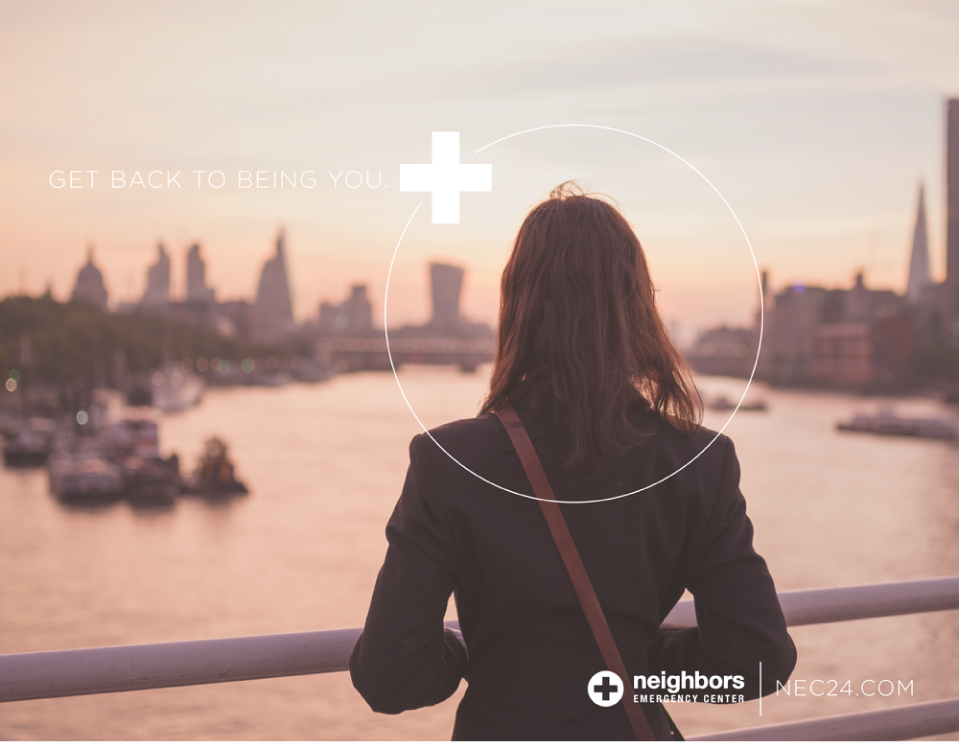 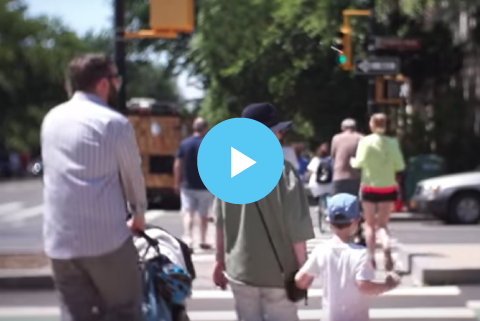 I, along with a few designers, copy writers, and account managers, were tasked with creating a new brand concept for Neighbors Emergency Center (NEC), which is a chain of free-standing emergency clinics located primarily in Texas.

The company was expanding into new markets and needed to freshen it’s brand but maintain elements of its identity to remain recognizable to its already established markets.

We separated into groups of 3, which included a designer, a writer, and an account manager and created materials that would not only freshen the company’s visual identity but also its attitude and language.

Our team began with a tag line that worked to engage the audience and establish what the company’s goal was.

“We’ll Be There” was a tag line created to work independently but within the context of an ad campaign or series of posters/billboards.

Working closely with the team, I first focused on the current identity of NEC and what elements I could derive from.

I deconstructed the NEC logo and used those elements to bring focus to the photography. I then added lines that worked to connect the tag line to a message and reference lines on a map, which highlighted the close proximity most NEC’s have to small communities.

Get Back to Being You

“Get Back to Being You” worked to highlight NEC’s ability to get people in and out of its centers quickly, and back to their lives.

For this concept, I took away a lot of the graphical elements and focused primarily on the message.